Xiaomi and OnePlus (a convincing rebrand of Chinese firm Oppo / 广东欧珀移动通信有限公司) are two darlings of the technology industry. Their handsets, loaded with flagship hardware, sell for half the price of their major rivals. With compelling industrial design and the latest (forked) distributions of Android, Chinese upstarts are effectively threatening long-established rivals such as Apple, Samsung and HTC.

The most commonly cited reason for their success is they offer more value than their rivals. Exactly how they offer this value is commonly misunderstood. They aren’t cheap because they’re made in China, since all phones, at the high and low end of the spectrum, are China-made.

Rather, Xiaomi and OnePlus have innovated unique supply-chains. They eschew the warehousing-and-inventory-accumulation model, and replaced it with a direct-from-manufacturing-to-shipping model. This ‘hot-off-the-press’ model creates two key benefits: free marketing through actual scarcity, as evidenced by Carlos Tejada’s recent How to Buy a Xiaomi in Two Short Months, but more importantly, an opportunity to bring future technology to market an order of magnitude faster than the competition.

Reviews and analyses often point to limited stock / unavailability as shortcomings of Xiaomi and OnePlus, when in fact, it’s the very basis for their success. In an industry where the latest-and-greatest has a maximum shelf-life of twelve months, Xiaomi and OnePlus have built scalable businesses that reach the future faster (and cheaper).

A decade of “Designed by Apple in California | Assembled in China” has, according to Benedict Evans, created a “firehose of cheap, low-power, ever-more-sophisticated smartphone components” in Shenzhen and surrounding regions in China 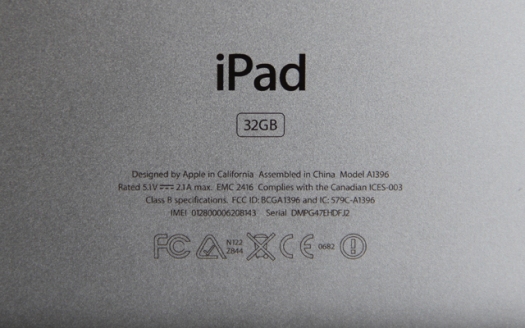 Continuing, these components are

available for anyone else to use – it’s as though someone dumped a shipping container worth of Lego on the floor and we’re working out what to make. (1)

Xiaomi and OnePlus were founded—2011 and 2013 respectively—in a market where the production of critical components, and the logistics of production, had already been established by their forbearers, HTC, Apple and Sony.

In a manufacturing economy where Qualcomm, Corning and TSMC ‘Legos’ are available to any brand looking to put together a smartphone, the material barriers to market-entry are lower than they’ve ever been. At the same time, Apple spent more than 1.2 billion USD on advertising in 2014, suggesting that the cost to play is prohibitively high.

How does a firm like Xiaomi or OnePlus leverage to the availability of affordable ‘legos’ despite the prohibitive ad-spend of market rivals?

The Smartphone Industry: How to Sell the New

Smartphone companies sell the idea of the ‘new’—more storage, faster processors, better scratch-resistance, bigger cameras—yet the ‘legos’ that constitute smartphones are widely available in a free and open market. As Android and iOS (now even WeChat and Facebook messenger) further establish themselves as the only smartphone platforms, any significant difference between smartphone companies, either in hardware or in software, is quickly eroding. Let’s call this the Shenzhen-Market-Problem.

In an industry (technology) that depends on the ‘newest’ and ‘best’ for success, this inability to successfully differentiate raises significant problems that heretofore have been solved in two key ways:

As suggested above, leading smartphone companies spend in excess of $1billion annually to secure their market position. It’s a costly strategy, and a risky one. A failed product launch can spell disaster for a company, as in the case of HTC.

Alternately, a company can acquire exclusive hardware, a game Apple successfully played until recently. Touch ID, for example, was one such feature. Apple acquired the world’s foremost fingerprint scanning company, AuthenTec, for $356 million, so it could market Touch ID, an objectively superior fingerprint recognition system that was technologically out of  reach for competitors. Apple differentiated itself with a limited edition ‘Lego’ set.

Both of these solutions to the Shenzhen-Market-Problem have worked for certain brands and failed for others. In any case, they require massive capital to initiate, invite massive risk, and carry mixed results.

A third solution, coming out of the Chinese manufacturers, reframes the problem entirely by optimising the supply chain to deliver the new as quickly as possible.

Re-conceiving the supply chain to reach the future faster

Apple sold 10 million iPhone 6 and 6+ phones during the first three days following their launch on September 19th, 2014. This figure was celebrated by Apple, the industry at large, and Apple’s shareholders.

Looking at things askew, this figure represents not a triumph, but a fundamental weakness of the company.

Apple produces phones according to a five stage model:

According to Apple’s business model, a product launch will always happen at Time 1 + ILT | where (T1 = kickoff of manufacturing) + (ILT= time required to accumulate sufficient inventory).

This has significant implications for product pricing and positioning within an economy of ‘the new.’ With smartphone ‘Legos’, the value (or cost / computing power) flirts around with bastardisations of Moore’s law, becoming cheaper by significant fractions over time. By the time Apple brings a product to market, the value of a phone has fallen by ILT worth of time.

Referring to the above table,

is a high-cost smartphone and

represents the soonest Apple can take that phone to market, because of ILT. While the phone has higher value at T1, Apple must wait until T1+ILT, or else it will disappoint customers, shareholders, and the industry, by underserving the product release. One can further argue that Apple’s decidedly offline-retail-supply-chain must have an adequate number of products on-hand for a global launch.

Whatever the reason, Apple is limited to marketing old and stale products because of its supply chain.

In contrast, Xiaomi or OnePlus can bring phones to market directly at T1. Strategically, this allows them to sell a phone with the same value as leading flagships, for a significantly lower price (

Xiaomi and OnePlus’ main contribution to the Smartphone Wars has been to cut out warehousing time altogether, bringing smartphones to market as soon as they are assembled, in whatever minimum order quantity is available. In China, Xiaomi hosts bi-weekly flash sales, where limited quantities (100,000) of their phones are made available to the public. They’re highly anticipated online events, with coveted waitlists and mountains of buzz. Consumers madly refresh their browsers as the announced deadline approaches and gradually passes.

In Western media, this business model is often seen as the major shortcoming of the new Chinese manufacturers. In Mario Aguilar’s recent review of the OnePlus 2, he suggests that

The OnePlus One wasn’t without its drawbacks. The company’s manufacturing proved too slow for both its customers and partners(2)

Nothing could be further from the truth. What Xiaomi and OnePlus are effectively doing is reaching ahead eight months (or whatever ILT is for the major rival manufacturers) and selling the extra value they’ve pulled forward into the present. It’s not that “the company’s manufacturing proved too slow” but rather that the company’s manufacturing is blindingly fast. That’s why OnePlus can produce a phone at a price that seemingly could only be possible a generation or two in he future.

There are some more key benefits: Manufacturers like Xiaomi or One Plus can use the newfound flexibility that comes with their direct model to carve out new market niches: phones at the

same performance, but dramatically cheaper than their rivals

In addition to providing surplus value for an identical price, Xiaomi’s sales model generates exciting scarcity. Finally, in markets such as China, where e-Commerce plays a much more fundamental role than in North America, companies like Xiaomi can rely on online secondary sellers to provide after-market support at a fraction of the cost that one would pay for brick-and-mortar retailer support.

Apple, Samsung, HTC and other flagship manufacturers are hobbled because they are wedded to an outdated supply chain. Manufacturers such as Xiaomi and OnePlus have invented a new model. It’s somewhat unstable, and doesn’t deliver a uniform customer experience like Apple. It reaches ahead as hungrily as possible to the future, optimising the flows of technological development and capital.